A note: All the highlighted words in my blog are clickable links.

I have noticed a lot of people are getting Chameleon Organisers in the last couple of weeks, after having a look on Filofax UK I now understand why..... all Chameleon Filofaxes are at half price!  So I thought I would jump on the bandwagon and treat myself to a A5.  After a lot of hard thought, I couldn't decide whether to go with the Red or the Raspberry....in the end, I went with both!


I had a bit of a job ordering though, while I was making my decision, the Red sold out online, so I phoned the Neal Street shop in London and they had one in.  The only downside to this, was the £12 postage fee I was charged, unlike the free postage on the Filofax website.  But it was so worth it!  The Filofax arrived in under 24 hours, was well packaged and came with a catalogue and a complimentary pack.  The lady on the phone was an absolute darling, so helpful and chatty, I could have talked with her for hours. lol 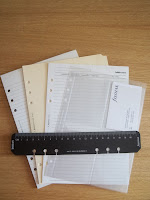 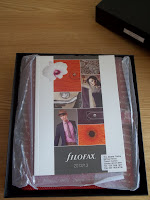 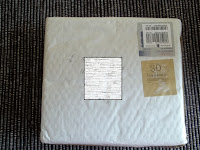 These came with the Red Chameleon.
Complimentary pack & Catalogue

Then I went online to order the Raspberry one from Filofax UK.  After attempting to put my details in 4 times, I gave up and phoned and ordered it , even then there was some problems at their end.  Online it said if you order before 2:30pm it will be dispatched the same day.  I ordered it at noon so I thought I would receive it the next day....WRONG!  I phoned yesterday for a tracking number (which I am still waiting for) and was told it would be dispatched then (instead of the day I ordered it).  I was a little disgruntled at that, but the fact that my Red one had just arrived by then, placated me. lol

So the Raspberry one arrived this morning at 8am.  Inside was the normal type Filofax box unlike the more fancier, one I received from the Neal Street shop. 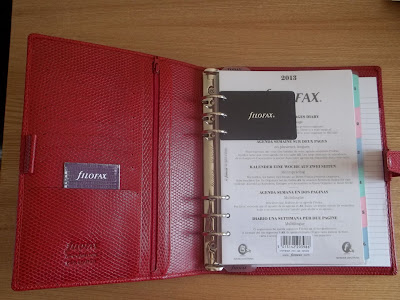 As you can see, they don't quite lie flat yet. 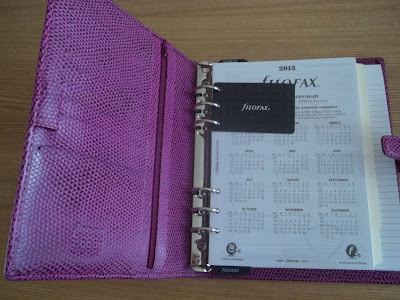 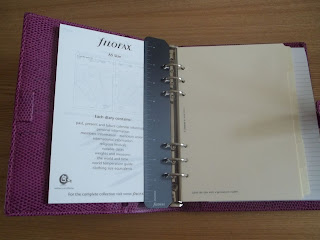 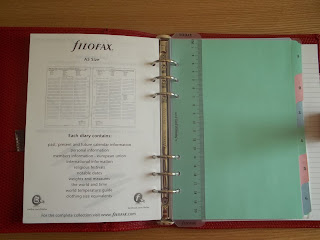 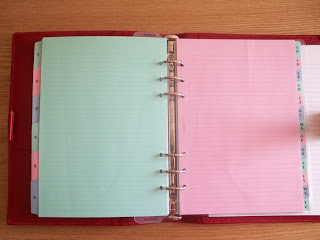 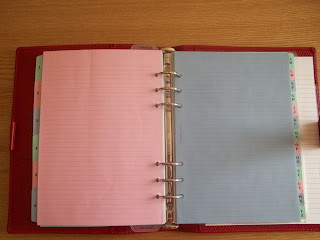 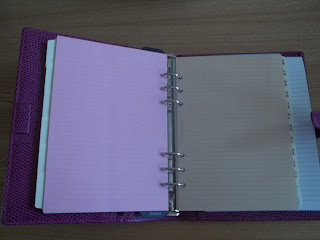 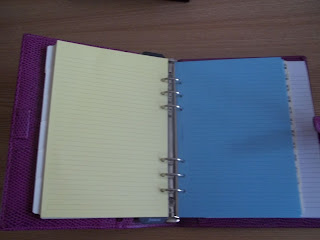 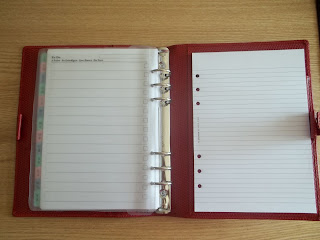 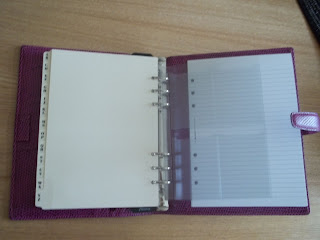 ﻿
The Red has a full plastic pocket.  The Raspberry has a credit card holder.  The pen loops are elasticated so a wider pen will fit with ease.

I was really pleased with the service I received from the Filofax shop in London, not so much with Filofax UK.  It was worth paying the extra postage to get it here a little quicker, have the extra stuff sent and to get a nicer box.

I think I will be taking the pastel coloured inserts from the Red and put them in the Raspberry though.  Once I have them set up I will do another blog about it.