A note: All the highlighted words in my blog are clickable links. 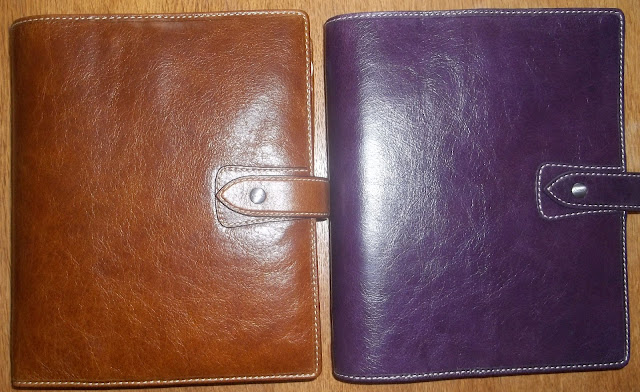 My Maldens...... I'd been after the A5 Ochre Malden for months, but couldn't justify needing another A5 Filofax, especially one that was over £100.  I kept putting it off, then I thought, I am not going to be happy till I get one, but first I wanted to see one before buying it.  Well that was easier said than done, no shops had any..... plenty online but no "real life" ones.

At the time I was reading a book called The Magic by Rhonda Byrne, it's about manifesting things into your life, so I thought okay, I'll manifest the Malden so I can see what it looks like.  This was on the Saturday evening and on the following Monday morning, I woke with this overwelming feeling I was going to have my A5 Malden that day, I was even excited as if I knew I already had it.  Hubby and I set off to a huge shopping centre some 25 miles away. On the way there I remembered, The Pen Shop is only another 5 miles further, so thought I would give them a ring from my Iphone, (to see if they had any) but I accidently pressed the number and called their headquarters instead.  They said they had one in stock and I could collect it personally if I lived nearby, I asked where they were based and I got the shock of my life.....we were actually driving right past that spot as we spoke!  Hubby had to do a quick u-turn but less than 10 minutes later I had my A5 Malden in Ochre!  Isn't she a beaut! 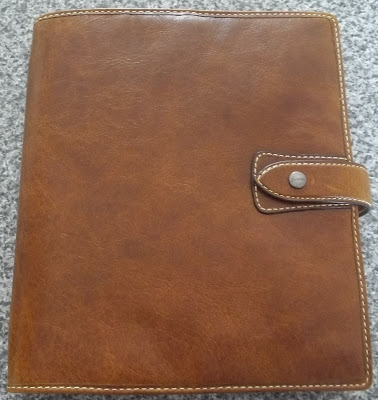 A few weeks later, I saw the A5 Purple Malden and got the "Wanties" again!  After paying out for this one, I thought there's no chance of getting another one so soon.....but lady luck or was it The Magic, that worked again in my favour?  I'd just sent a Personal Classic back to Filofax UK as it was in a bad way, I blogged here about it.  Filofax UK said I could get another Filofax to replace the Classic, so I ordered the Purple Malden and only had £12 to pay because of some discount going on  at the time.  So here it is, in all its glory! 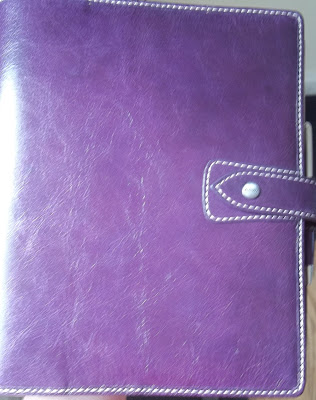 ﻿
It's not as purple as the photo shows, it's really hard to get a true photo of the colour, but it's actually more of an aubergine colour. 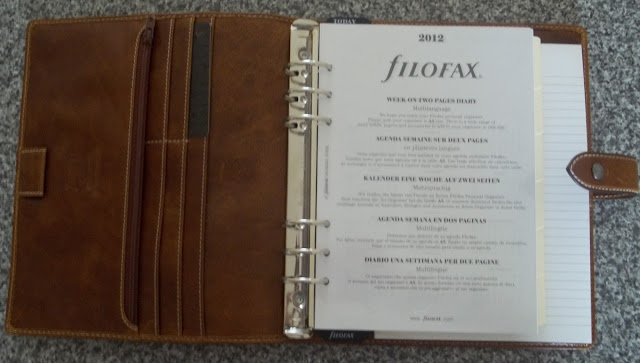 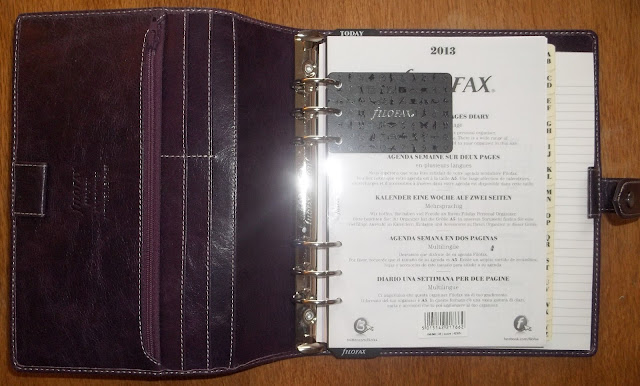 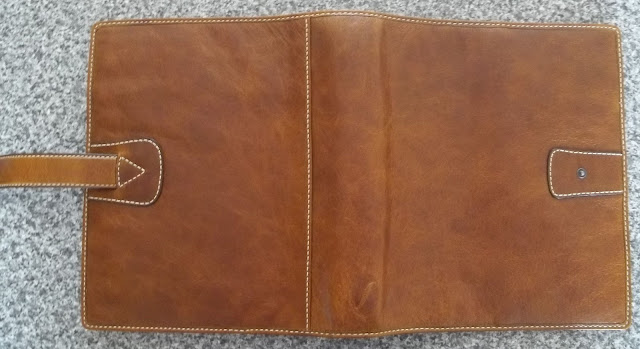 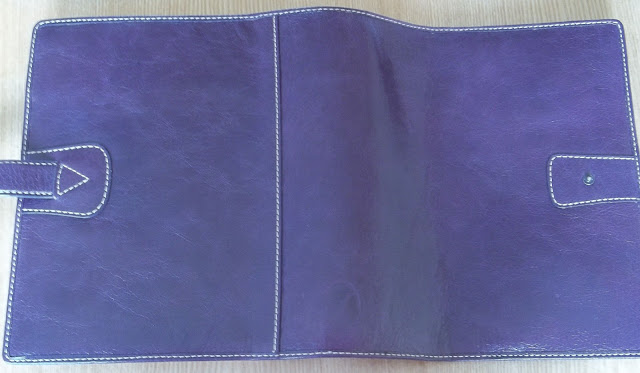 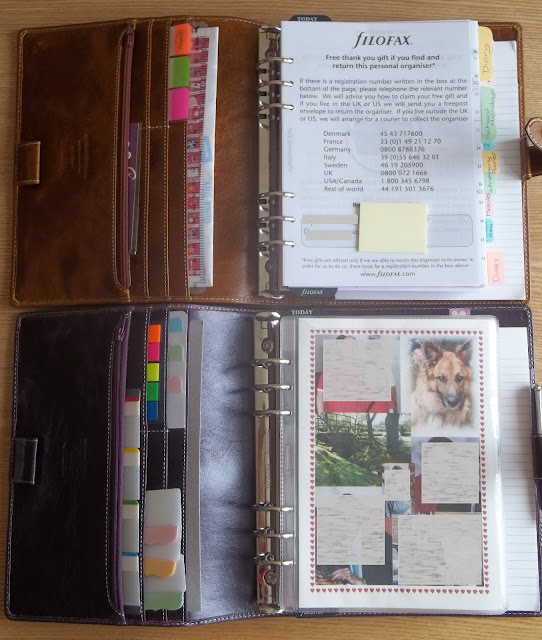 When I received the Purple Malden, some of the pages were stuck in the rings, so I made a complaint to Filofax UK, who very kindly sent me some freebies as compensation.  Among them was this beautiful Purple Filofax Pen that matches the Purple Malden perfectly.
﻿ 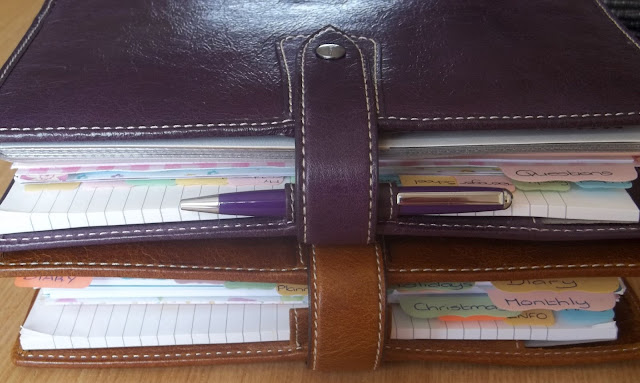 The Ochre laid flat almost straight out of the box.

Hmmm.....looks like we have some work to do with the Purple one. 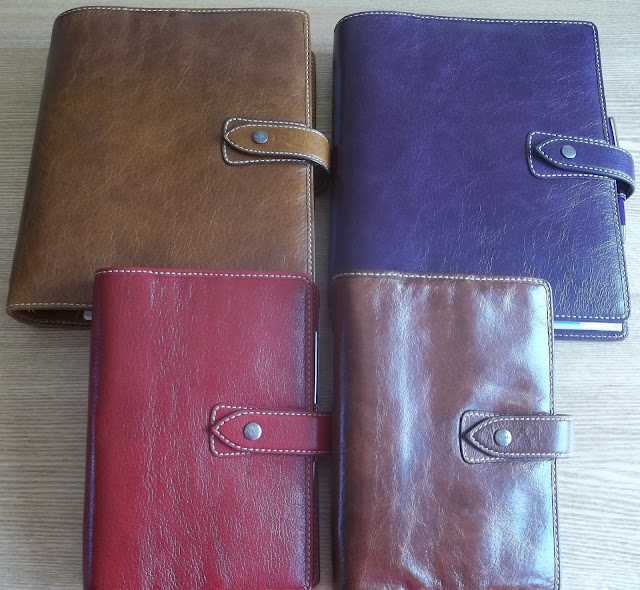 You might be able to see how the colours of the Ochres varies with use.  The personal size has had some use so looks a little more darker and shinier than the A5.
﻿ 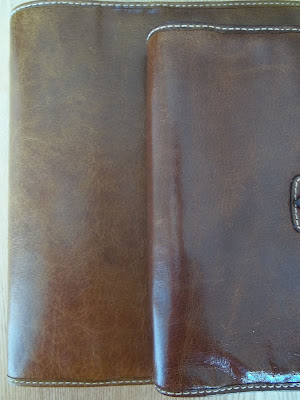 What do I use this Maldens for.....well, I think I will leave that for another blog.